4K Television You Never Asked For It, But Here It Comes 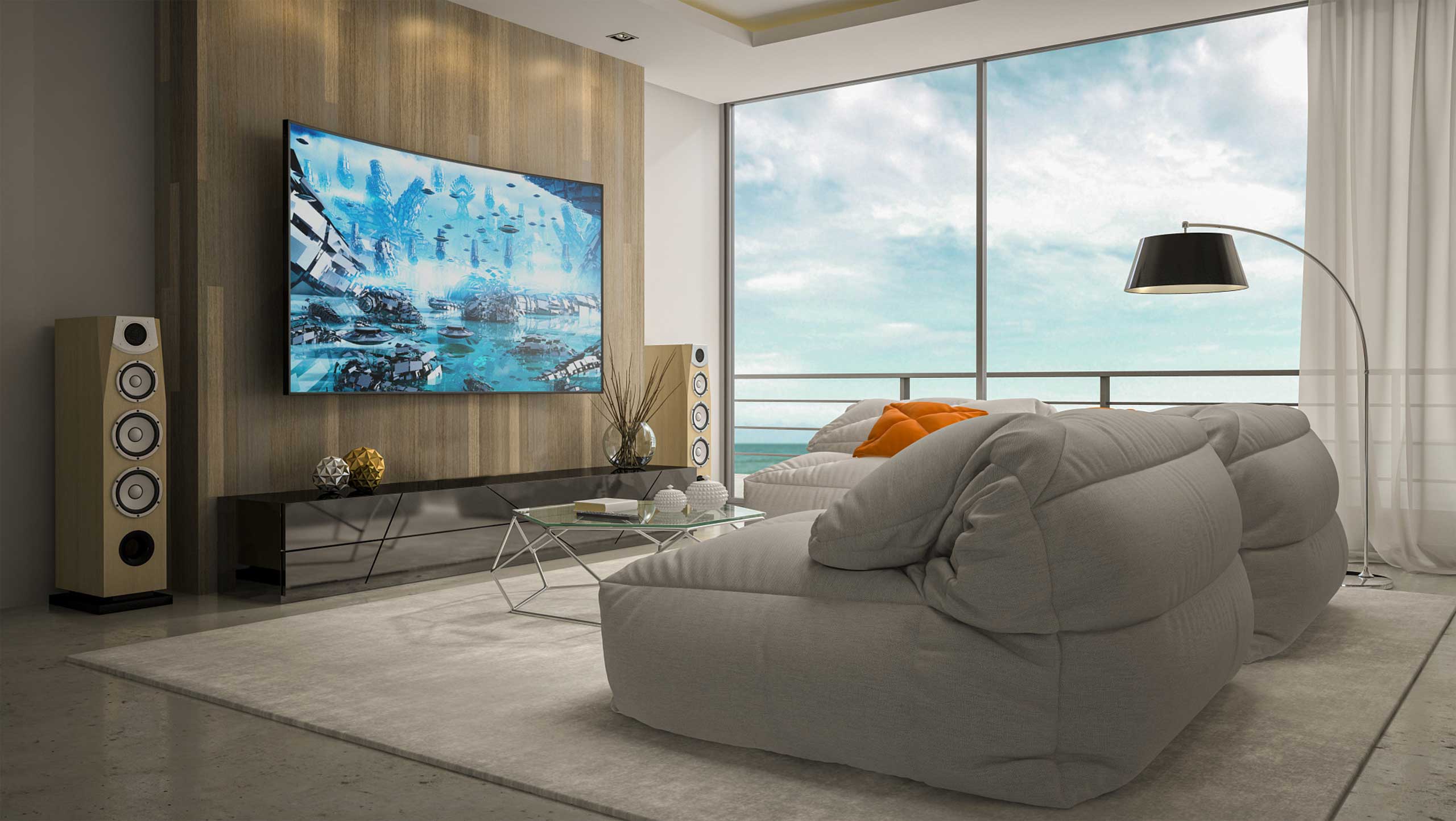 Didn’t I Just Buy a New TV?
The Consumer Electronic Show just wrapped up in Las Vegas. It was the largest show in its 45-year history, with over 150,000 attendees. And while there was a lot of publicity for the silly items like a digital fork that tells you to stop eating, perhaps the most important item at the show and the one that will have the most impact on home entertainment was 4K television. We’ve mentioned it in this column before, but now it’s time to take a closer look.

All the major manufacturers were bringing it out for display. Like many people, you may have recently finally retired that old television with the giant picture tube and upgraded to an HD LCD or Plasma screen. Now, we are being told that it’s already time for another upgrade in resolution. For many people, their new HD TV is as much resolution as they need (and for some actors, more than they wanted). The point is, this new format is going to change a lot more than just the TV itself. It is going to change how we connect, download, wire and watch every kind of home entertainment.

In order to understand what’s happening, it’s important to know what kind of image you’re getting right now. The TV you normally watch is probably called a 1080p. That describes both the resolution and a way of scanning the image onto the screen. There are also some screens called 720p or 1080i, though they are becoming more rare. The important thing is how many pixels do you have? A pixel, or picture element, is the smallest separate thing you can see on the screen. Odds are, your current screen is 1980 x 1020 pixels. That’s 2,073,600 separate dots on the screen. The new technology is going to offer you more pixels a lot more. And that means more detail in the picture.

Thank You Hollywood
The push towards 4K really began when theatres switched from using film to using digital projectors. It became obvious in a hurry that the current video standards just weren’t good enough to produce a true theatre experience. They began shooting movies in digital 4K, or shooting 2K and upgrading it to 4K. The genie was now out of the bottle and 4K in the home was on the way.

Advantages
There are some good things about 4K. Obviously, the image has more detail. Current HD looks good until you get above an 80 screen. At that point, the pixels start to show. No such problem with 4K. The new screens also shine when it comes to 3D. Most current 3D screens divide the image, half to each eye. With 4K, each eye gets full HD resolution. These screens will essentially make separate 3D TV’s obsolete. In fact, they open the door for 3D to become normal viewing. Also, many manufacturers have been preparing for this for a while, so you may find that video projectors and home theatre receivers are already prepared for 4K compatibility.

So What Are the Drawbacks?
Right now, the price is the first issue. Until they go into major production, be prepared to pay $25,000 to get into 4K at any size. After you spend that much, you will find that there is no true 4K content available at this time in 2013. It may be a while for that. Satellite, cable and internet companies are aware that this new format will use massive amounts of bandwidth. The broadcast industry just spent billions converting from analog to digital. They are in no mood for another massive roll-out right now.

Existing media cabling in home systems will be challenged by the sheer amount of information in the signal, especially if the home system uses first-generation Cat-5 cable. Upgrades to fibre optic cable may be needed. What about DVD players? They can’t handle 4K. A Blu-ray disc could, if you added extra layers, but the Blu-ray player can’t. Some high end Blu-ray players already have the ability to take a 1080 signal and upscale it to 4K, but it’s not the same as true 4K images.

The challenge for the industry will be to find a better way to compress data “ to send more information over the same pipeline. If there is progress there, we may see true 4K on our screens a little sooner.

Does That Mean I Need to Throw My New TV Away?
Absolutely not. The current standards will continue to be used for many years, and even if 4K Television becomes standard, it should be possible to downscale the image to your current TV. Of course, there is the possibility that one day, they will pull the plug on 1080p the way they did on analog, but by then, 4K Television will be cheap enough that it won’t matter. In fact, by then 4K Television may be on the way out. Sharp displayed an 8K screen at CES last year, and it may just be a matter of time before that becomes the standard.

As this article demonstrates, home technology can sometimes be a fast-changing and confusing place. At OneTouch Automation, we make it our business to stay on top of all the trends in home technology so we can make sure you get a system that serves you now and for many years to come. Contact one of our dedicated home automation professionals to find out how we can help you.

How Can I Save Money on Home Automation?